This is a favourite of the very-local yours truly…

At just under 10km (but worth a whole lot more!) this local race, directed by Carnethy and Haddington Running Club’s very own Colin Elder has a bit of everything. The race is run as part of the village of East Linton’s Gala day which, depending on what weather the locals have booked is either baking hot or pouring down.

The start is in the Memorial Park and immediately takes a sharp left turn onto a downhill tarmac section turning right onto the High Street which is closed to traffic for the duration of the start of the race. The route turns off onto the single-track River Tyne path and heads west for about 1km where a short climb leads to a descent down the stairs, along the path for another 1km then the fun really begins!

The state of River Tyne can be anything from a gentle, burbling (no pun intended) trickle to a full-on torrent.

The race crosses the river which can be tricky due to the slippery, rocky river bed and the close proximity of other runners and climbs steeply up the bank through a sheep field to the second tarmac section. The route continues to climb steeply up Kippielaw back off the road and up to the bottom of Traprain Law itself where it again steepens for the sharp climb up to the top. This consists of a short grassy section before scrambling up the edge of the old quarry then flattening out as the summit nears. There’s just enough time to catch a couple of breaths before the eyeballs-out chaotic descent down the path and back round to the stile where the next short tarmac section begins. This section comes as a welcome break from the previous descent and takes the race downhill before turning right onto a farm track which zig-zags its way down to the “Hailles road”. There’s a glimpse of the 13th century Hailles Castle as the short tarmac section leads to the bridge over the river and back on to the Tyne path. It’s just a short run along to meet the river crossing point where the route home is identical to that taken on the way out. Once back into the village, the race finishes with a short sprint up the hill by the school and back into the finish area.

Now it’s time to recover, smile, mix with the other runners and swap heroic tales of the descent down the hill.

There are no medals or tee shirts but it’s only £7-ish which is a bit of a bargain. 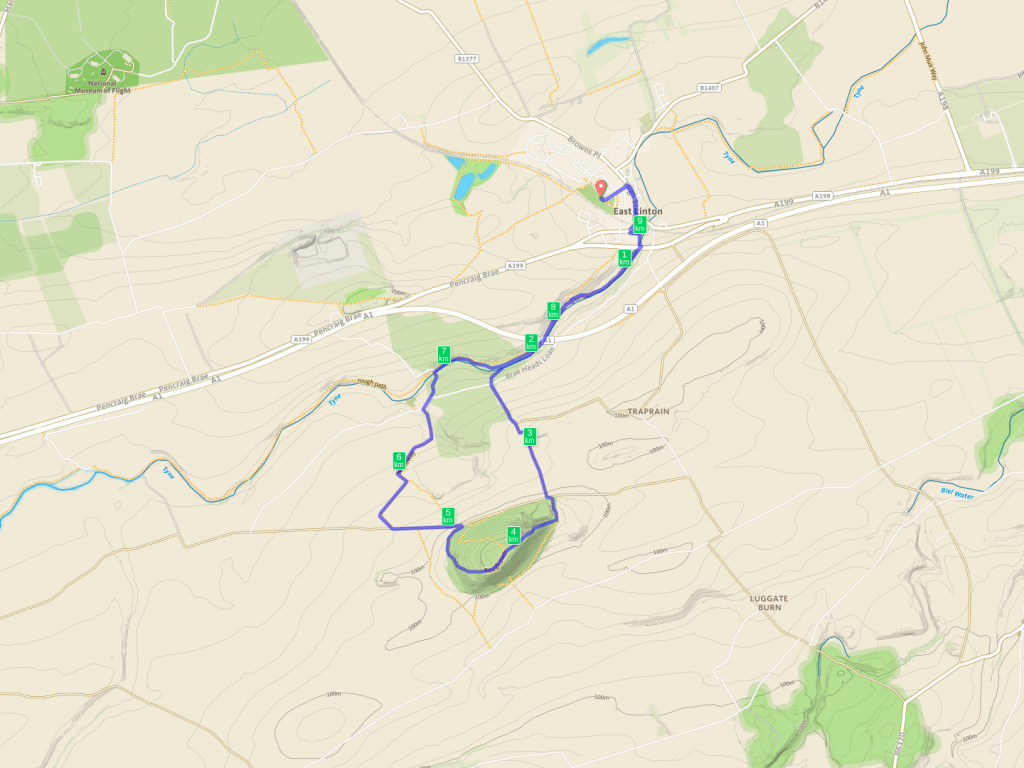